Pradeep Guragain Follow Pradeep was born and bred in Nepal and is a seasoned hiker and rider. With a passion for self-drive road trips, he will just head off at a moment’s notice for trips, either long or short. Scuba diving is another passion he loves to pursue. As for the future – “I dream of living in a farmhouse close to nature, and far from cities.” 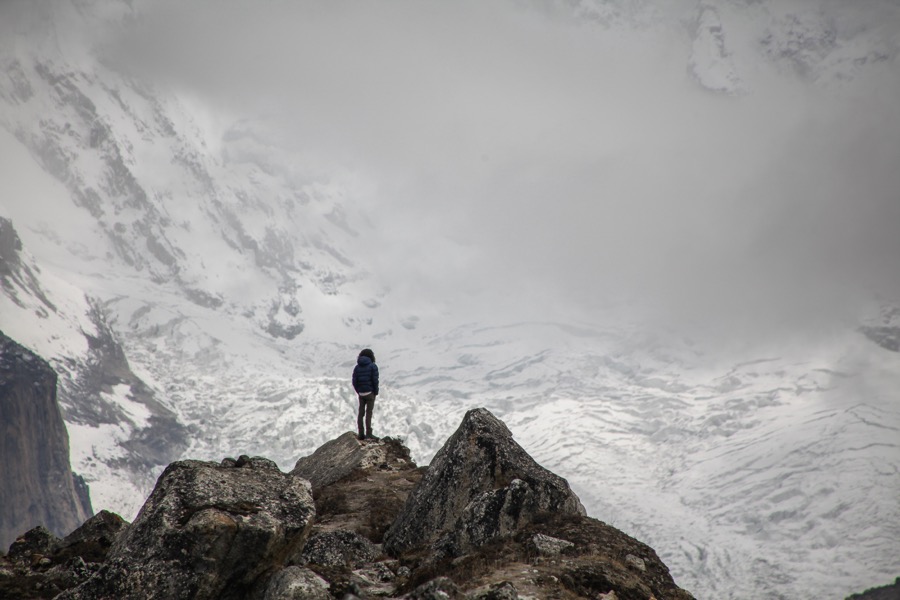 The Kanchenjunga circuit trek is supposed to be the best three week teahouse trek in Nepal. So in 2016 I went to find out for myself!

This trek took me to the highest point at Pang Pema at 5,200 m and it was without a doubt one of the best experiences of my high altitude trekking in Nepal.

I have written several other posts about trekking in the Kanchenjunga area. I have also received a lot of emails from people wanting to know more. So I came up with the idea of writing this blog post. I will update this blog frequently as I receive more and more questions. You will find all the answers here!

Do check in frequently.

Would I do this trek again?

I would have no second thoughts about doing this trek again as it was one of the best experiences I have had doing a teahouse trek in the Himalayas.  The reason being it doesn’t require any special gear or particular skills to do this trek. The trails are also less crowded than many other treks.

Is it safe for children?

I have seen many small children on trails which are even higher in elevation. For example the Annapurna circuit and the Everest base camp Trek. However, I must say that these two treks I have mentioned have a ton of facilities for all types of trekkers, including children.

Altitude related illness is not an issue on the Kanchenjunga circuit trek as there is plenty of time for acclimatization. So in this way, it is safe for active children. Be please note this is a remote area and we should always be prepared for the unexpected.

Did I use a porter?

No, I didn’t use a porter. My backpack was 12 kg but then I am experienced in trekking the Himalayas.

I would say, for the majority of people it is worthwhile employing a porter for two reasons. Firstly, you can enjoy your trip in a more relaxed way, and secondly, hiring a local porter directly supports the local economy.

How busy is this route?

I did this trek in May, which is just the end of the high season. But this trek was not busy at all. I met just a few trekkers but not every day. It will probably be busiest in November, but certainly not as busy as the more popular treks. On my trip I didn’t see any expeditions groups at all.

Where did I sleep?

This is a teahouse trek so there are teahouse lodges along the route to sleep in. They are pretty basic though so you should be prepared for that. But there is no need to camp on this trek.

To call them guest houses is probably too grand a description! They are very basic teahouses, some with no toilets or having to boil water from the snow and providing water for a shower in a bucket. In some places there is only one teahouse, so no choice there! Your expectations should be low in terms of accommodation. Although on the south side up to Kambachen there are some decent ones and on the south side up to Cheram there are also a few quite okay teahouses.

What gear did I take?

I only took what I would really need.

Was I trekking in fresh deep snow?

At one point I was trekking in fresh, deep snow, yes. This was between Sele Le Pass Camp and Cheram but it was less than knee deep. In the winter of course there will be much more snow and teahouses are closed, making it impossible to trek there.

What are the fitness requirements?

You need to be fit, but not super fit! At the time of doing this trek I was in my mid 20s and was experienced in trekking in the Himalayas. But even if you are not experienced, you will gradually get fitter and acclimatized as you go along. The key is to take your time and don’t rush.

Did I get altitude sickness?

No, this trek makes it possible to acclimatize slowly to avoid altitude sickness. There are a couple of acclimatization days that everyone should take. I must admit to having some heavy breathing days when I was walking faster. Again, the key is to listen to your body and keep yourself hydrated and do not rush.

Did I see other people in trouble?

I didn’t see anyone suffering from altitude or any other illness at all. I did get a bit sun and wind burn though!

Is trekking in the Kanchenjunga area dangerous?

In general Kanchenjunga is less likely to have avalanches compared to the Annapurna Base Camp Trek. And there are some sections which are exposed and which are subject to rockfalls and landslides. Listen to your guide at all times, especially on those exposed sections.

What is the best time to trek the Kanchenjunga Circuit Trek?

Definitely the autumn months of October and November, and the spring months of April and May. However you can still do this trek in the monsoon July and August. It is not advised to do this in the winter the worst time snow wise is January and February.

Is there a cost to charge your phone and camera?

Not everywhere has electricity or solar backups. Only a few places have these facilities so rather I would suggest you carry your own portable solar panel to charge your phone and camera.

What is the baggage limit on the domestic flight?

You are allowed 15 kg per person on checked baggage and 7 kg for the cabin allowance. However, there is no hard and fast rule for the size of individual luggage pieces and you can combine the weight with multiple trekkers. Any excess baggage fee is payable at the airport counter. In any case, a combined weight of 12 to 15 kg per person is enough for your trip. Do not bring unnecessary items. See my packing list here.

How long is the trek?

It depends which trek you are doing in Kanchenjunga. In general though it is 14 to 20 days. The Kanchenjunga circuit is the most recommended (by me) and the longest at 20 days. Kanchenjunga South Base Camp is 14 days.

Is the internet and phones available?

There is no internet available on the Kanchenjunga trek. There are phones available in a few places such as Ghunsa and Yamphuding and at the start and end of your trek. I highly recommend you take your own satellite communication system with you.

Are there any peaks to climb?

Yes, there are a few smaller peaks in this area to climb, example Peak 5950. Other example, there is the extreme open peak of Jannu Peak. You will require a separate permit and more specialize gear to climb peaks. You cannot decide on the spur of the moment once you get there!

Couldn’t find what you are looking for? Leave a comment below or send me an email. I will try to answer as fast as I can!

Pradeep Guragain Follow Pradeep was born and bred in Nepal and is a seasoned hiker and rider. With a passion for self-drive road trips, he will just head off at a moment’s notice for trips, either long or short. Scuba diving is another passion he loves to pursue. As for the future – “I dream of living in a farmhouse close to nature, and far from cities.”
« How To Go From Kathmandu To Pokhara : All Options Explained
All About Trekking In The Kanchenjunga Region »